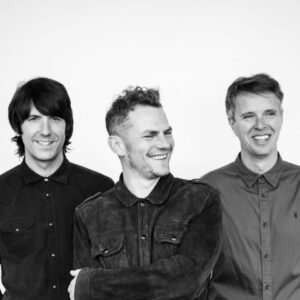 LNYDP 2023, the free, family turn-of -year tradition, is fast becoming the ‘Hit Parade’, brimming with top talent on New Year’s Day, as it returns to its brilliant best.

The Billion download band, Toploader is joining London’s New Year’s Day Parade and will be ‘Dancing in the Moonlight’ through the heart of the West End on January 1st.

Among the other pop talent preparing to entertain 500,000 on the streets of the West End of London, and a global audience of many millions, is Scouting for Girls (She’s So Lovely).

They join more than 8,000 performers from all over the World, including a host of London boroughs, for the world-renowned event, which is broadcast live in London and across continents.

Two dozen spectacular marching bands, hundreds of choreographed cheerleaders, entries from more than half of London boroughs, stunt riders, giant balloons, pipers, dancers, stilt walkers, and even a Tyrannosaurus Rex, are all part of the mesmeric mix.

“What a way to showcase this incredible city.” Said Joe.

“There is nothing quite like it. Surely it is the greatest show on Earth. We are fixated on giving London, and the watching world, the most incredible party to welcome in the New Year.”

The event is back to its brilliant best following two years of Covid disruption, when LNYDP became studio then arena based, due to travel bans and other restrictive measures.

But now it’s back to its original iconic near 2-mile route, which runs from Piccadilly (near Green Park Station) to Parliament Sq. via Piccadilly Circus, Regent St St James, Pall Mall, Trafalgar Sq. and Whitehall.

The event is free for those lining the streets and, for those wishing to secure a prime view, there are still a few of the 3,000 grandstand seats remaining

But if you really want the very best that the Parade has to offer there are still a limited number of special VIP packages available– which include All-Inclusive bottomless bubbles, fabulous food from the finest purveyors, hot and soft drinks, best seats, blankets, goody bags and flags, are still available from Ticketmaster Parade

BOROUGHS ON TOP OF THE WORLD

LNYDP 2023 - gave London the perfect start to the New Year