LNYDP 2020 will see a diverse range of performers and participants, which we take great pride in curating. Find out more about the next three participants set for January 1st’s New Year celebrations.

The Warrior Band has performed in the Macy’s Thanksgiving Day Parade, the Hollywood Christmas Parade, the ABC/Dunkin’ Donuts Thanksgiving Parade in Philadelphia, St. Patrick’s Day Parade in Chicago and the Cherry Blossom Parade. The marching band also has a unique relationship with its neighbour, Disney World, having performed many times for special functions. 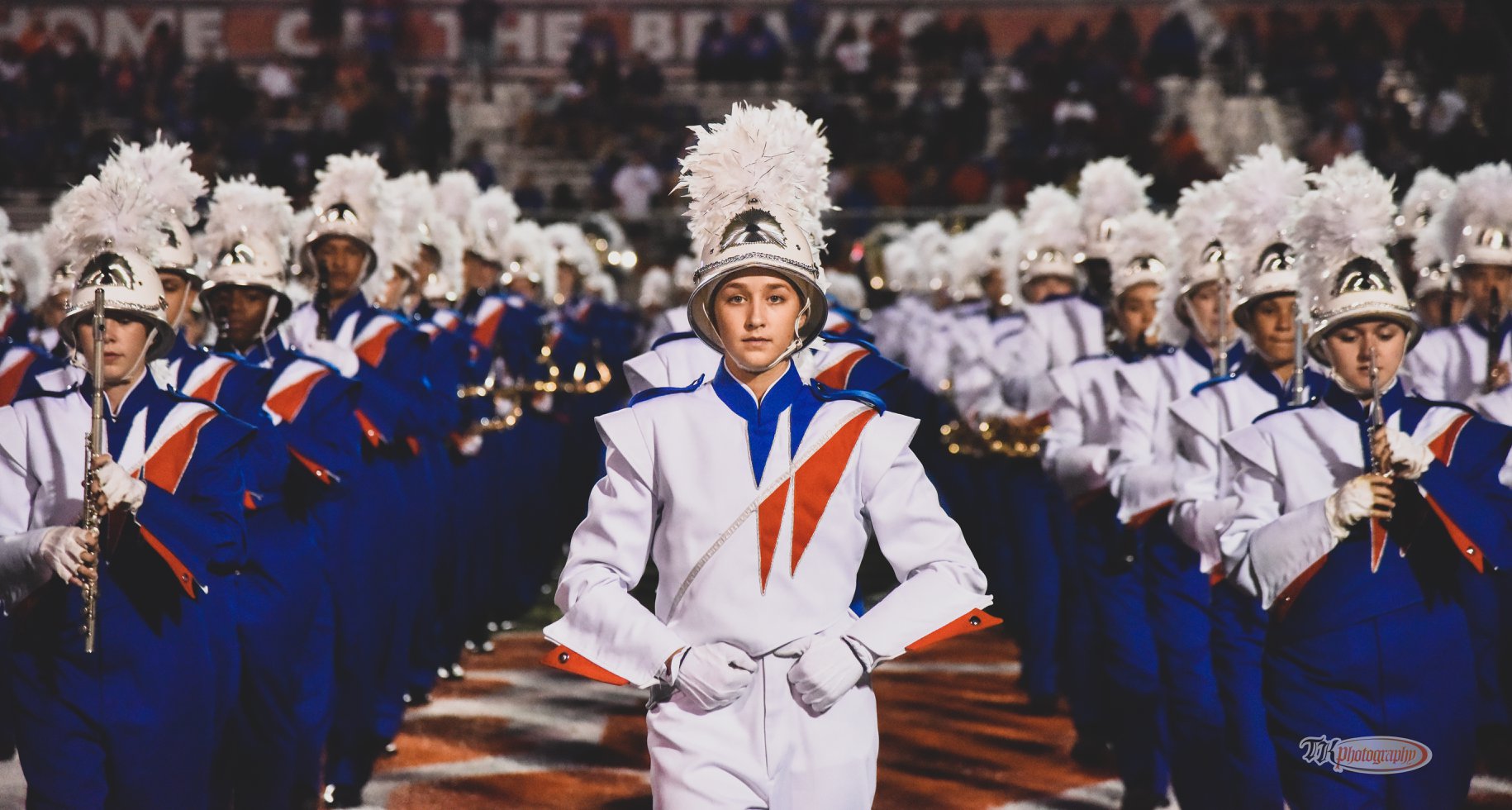 The Band operates under Shree Swaminarayan Mandir Kingsbury – a Hindu temple in London, which sits under the umbrella of Maninagar Shree Swaminarayan Gadi Sansthan, a worldwide centre for social, cultural and spiritual welfare. The Band’s main purpose is supporting the charitable endeavors of the Mandir, its parent organisation and its leader, Acharya Swamishree Maharaj, by playing at events all over the World. The Band is comprised entirely of volunteers; professionals – scientists, engineers and students. We are one of five sister Band around the World, playing a repertoire of traditional bagpipe, as well as classic and contemporary Indian, melodies.

We are proud of our Indian roots and are proud Britons. This is reflected in all of our performances as we play western and Indian music, but nothing captures this multiculturalism quite like our ‘dhol fusion’, where the sounds of bagpipes fuse with the thunderous beats of Indian dhol drums.

Band member, Darshil, was recently interviewed by the BBC World Service for a feature on faith & music. 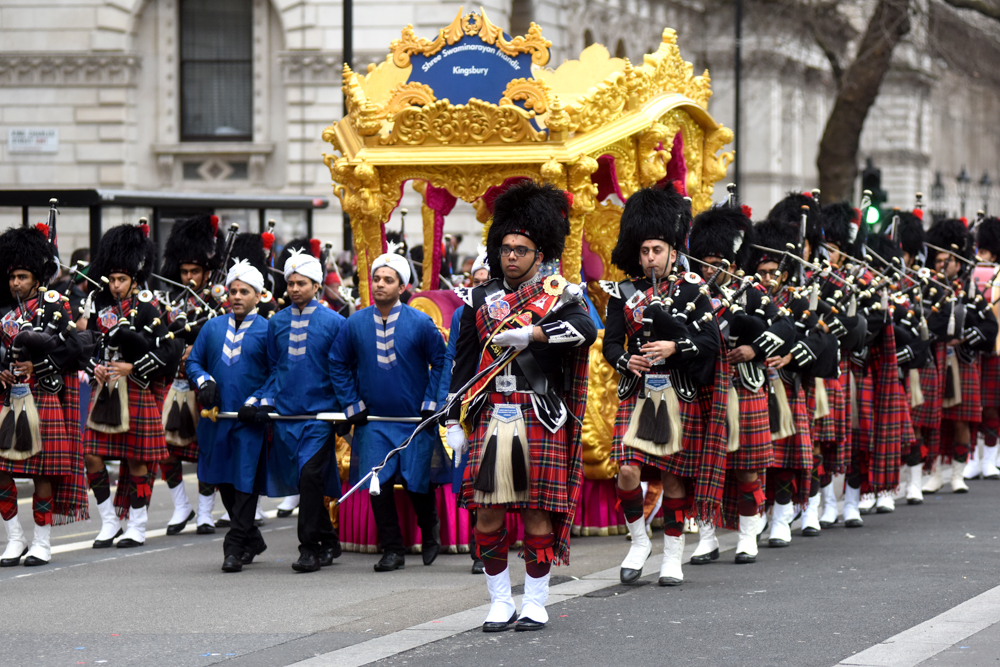 The London School of Dhol provides students, of all abilities and ages, with the chance to learn and show their true potential in the wonderful art of Dhol! We aim to give our students all the tools they need to become a professional Dhol players and to really enjoy and love playing the Dhol.

We are truly honoured to be performing at the LNYDP for only the second time and have doubled our numbers from 30 performers to over 60 performers.

We are so excited about taking part in LNYDP for the third time in our history that we started rehearsing our exclusive routine for LNYDP 2020 on the morning of the 2nd January 2019! 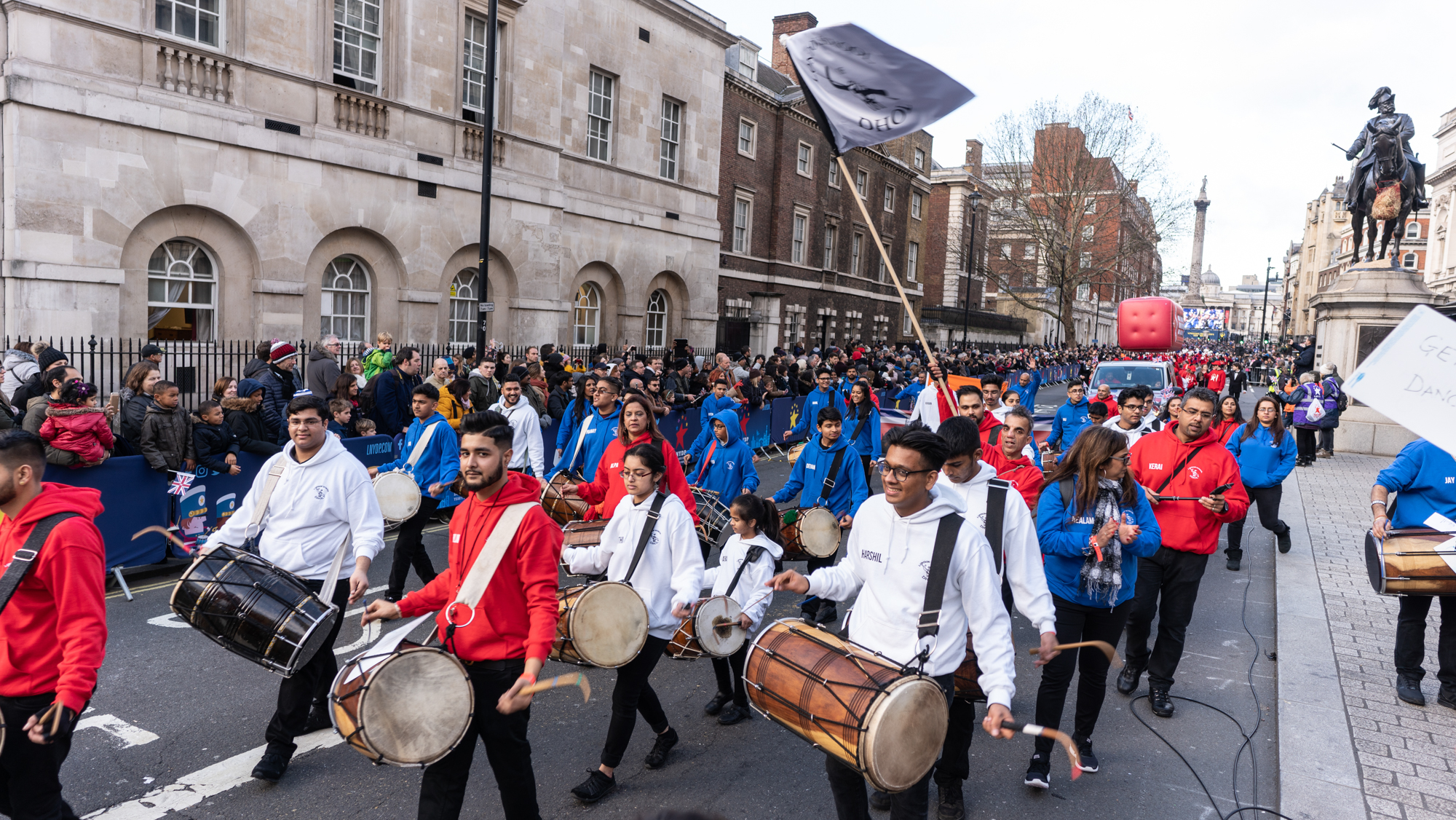